As AGE of Central Texas celebrates its 30th Anniversary Year during 2016, here is a look back the historical moments that guided the humble organization, founded in 1986, to grow into a leading community non-profit that today serves senior adults and family caregivers across four Central Texas counties:

1985: Austin Groups for the Elderly established by Austin civic leaders Bert Kruger Smith and Willie Kocurek, to expand services to the elderly and provide them in the most efficient, cooperative manner possible. 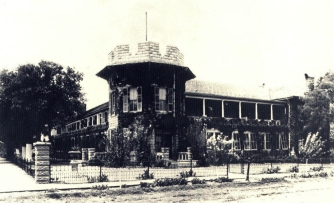 1986: AGE purchases the vacant School for the Blind from the State’s General Land office; opened in 1907 as the Confederate Woman’s Home, the facility cared for more than 340 indigent women during a period of 55 years, and was popular site that hosted many Austin community events throughout the years. On Dec. 10, 1990, and the AGE Building mortgage is paid off.

1994: AGE launched the annual AGE Awards, recognizing outstanding achievements by individuals and organizations whose leadership and contributions have had a significant impact on the quality of life for aging adults and their caregivers in Central Texas.  The 22nd Annual AGE Awards were held on April 7th at the LBJ Presidential Library on the University of Texas – Austin.

1996: AGE assumes operation of Elderhaven, which was launched in 1974 as the first adult day center in Central Texas.  The program still operates today in the AGE Building as the Austin Adult Day Health Center.

2001: “Striking a Balance” Caregiver Conference launched in collaboration with the Area Agency on Aging of the Capital Area, and remains the longest-running caregiver conference in Central Texas; the 2017 Conference is slated for Saturday, September 23rd. 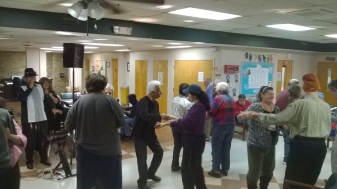 2008: AGE transitions from “Austin Groups for the Elderly” to “AGE of Austin” and assumes control of the Adult Day Health Center in Round Rock; both the Austin and Round Rock Centers remain the only licensed adult day health care program in Central Texas.  AGE’s annual operating budget exceeds $1,229,000.00.

2014: The annual AGE Williamson County Caregiver Conference debuts in Round Rock and AGE celebrates the 20th anniversary of the annual AGE Awards.

2016: AGE celebrates its 30th Anniversary and launches a partnership with the City of Austin to provide transportation options for senior adults living in 7 of the Housing Authority of the City of Austin (HACA) community residential properties.